God's free grace awoke me. Living, but not for myself anymore!

I am a pretty normal guy I suppose. Besides almost killing myself in a motorcycle crash and being diagnosed with Tourette's syndrome at age 14, I've had a great life, more than I could every ask for. I've done and seen things that most people never will. I spent eight years in the Air Force as a Security Forces Peacekeeper. I got to tour the world, lived in South Korea for two years, Puerto Rico, Saudi Arabia during the Gulf War, and several places in the states. I take great pride in serving my country for eight years.

My joy from serving led me to a career in Law Enforcement for five years. I worked in patrol, street drugs, and later a Vice/Narcotics investigator. I saw things while in these two careers that would change how I viewed life. Seeing poverty, death, hate, different cultures, different languages, and even the power of government made me look at life from a different perspective.

God had other plans for me and I took a job with Hendrick Motorsports on the #5 NASCAR race team in 1999. I've toured the race circuit from race to race in pit support all over America, I've been a part of 31 wins and have been fortunate enough to receive 7 Championship rings. I've been able to work on the cars of great drivers such as Terry Labonte, Brian Vickers, Casey Mears, Kyle Busch, Mark Martin, Dale Earnhardt Jr.,Kasey Kahne, Jeff Gordon and Chase Elliott. After 18 seasons, I moved to a new role as the full-time Chaplain at Hendrick Motorsports through Motor Racing Outreach..

I suppose one would think that I've got life figured out. Not really. I'm a Christian and that's not just a word for me. I don't present myself as someone who's lived a perfect life. I grew up in a Christian home, I'm a church kid. My dad is a preacher's kid, so believing in God and Jesus has never been a problem for me. I've never doubted God is real. I received Christ in my life at a young age. I believed there's a Heaven and a Hell and I knew I did not want to go to Hell. Throughout my younger years, I tried to do the right things most of the time. I made many bad choices along the way--many bad choices that a good Christian kid should not have made. I've viewed pornography in many forms, been a drunk on many occasions, had sex before marriage, been very materialistic, been hateful, a jerk, and the list could go on and on. Many of these choices brought guilt and shame, because at the time, I knew they were wrong.

After all of my life living and learning, one thing that I had to do was read the Bible and understand what it tells me about life. I was not concerned with what my friends were doing, but how God's Word applied to me. After reading it, I felt this great fear of God and at the same time this great sense of gratitude. As I read, I learned more and more about how I am this sinful person and God hates sin. The entire Old Testament talks of how the people of Israel disobeyed God, but yet he continued to love them. One thing I did notice was although they disobeyed, He never said to them, "It's ok, you are a sinner." He called for repentance from all of them. Those who did not repent he destroyed. Those who repented and understood their sin, He saved.

Later in the New Testament, God chose to come to the earth as a man named Jesus. This Jesus chose to die for our sins. This is what we need to understand the most. We are sinners and without a relationship with Christ we do not live a life the way God expects us to live. God wanted his people to be perfect, and Adam and Eve disobeyed God, bringing sin into the world. The more I understood my sinfulness, the more I realized how much I needed Jesus. What you have to understand is, you are in the same position. You are a sinner and need a savior.

Jesus came to us and brought grace. I think back to my younger days and why I chose to believe in the first place. That "Hell" word came back to my mind along with being eternally separated from God. I also thought, would my life be complete and fulfilled here on earth without Him? Without me submitting my life to Him would I live the life He would want me to? Think about it, Jesus came to save you from your sins. Why do we need to be saved from our sins? There has got to be a reason. The Bible tells us our sin brings death and a complete separation from God. I do know this: this Jesus will save you, He loves you that much. Today can be your day to seek and surrender to the only One Who offers salvation. Let today be your day! 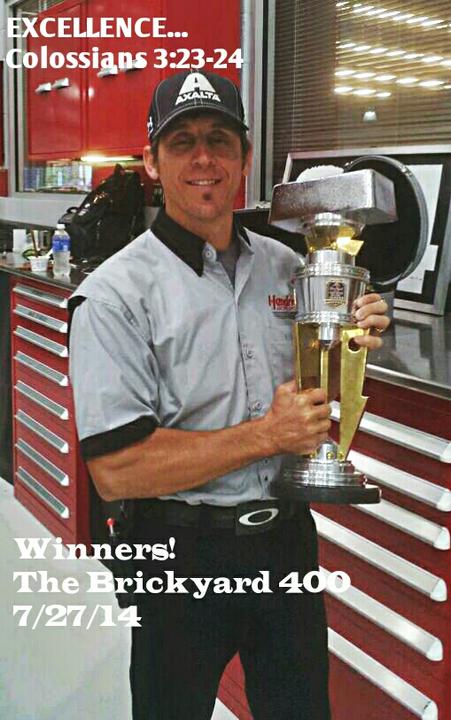