James 1:14-15, but each person is tempted when they are dragged away by their own evil desire and enticed. Then, after desire has conceived, it gives birth to sin; and sin when it is full grown, gives birth to death.


Romans 7:24-25, What a wretched man I am! Who will rescue me from this body that is subject to death? Thanks be to God, who delivers me through Jesus Christ our lord. So then, I myself in my mind am a slave to God's law, but in my sinful nature a slave to the law of sin.


Romans 3:23, for all have sinned and fallen short of the glory of God.


Romans 5:12, Therefore, just as sin entered the world through one man, and death through sin, and in this way death came to all men, because all sinned.

Psalms 51:5, Surely I was sinful at birth, sinful from the time my mother conceived me.

1 John 3:8, The one who does what is sinful is of the devil, because the devil has been sinning from the beginning. The reason the son of God appeared was to destroy the devil's work.

Sin ​​- Action or attitude that disobeys God, betrays Him or fails to do good. 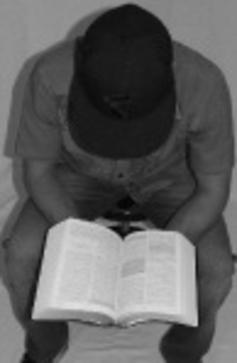 Sin, that awful thing no one really wants to talk about. Let's be real, we are all sinners. We all miss the mark of God's standards. Even if you do not believe there is a God, you are still involved in things that are not good. Sin used to be the obvious,yet, not so much anymore. We now live in an age where people debate what's a sin and what's not a sin. It's as if we'd like to know what we can get away with and what we can't get away with. Moral decay is projected on our T.V. screens on a daily basis. There was a time when having your girlfriend or boyfriend move in with you was sinful. Now, most seem to think it's O.K. Divorce used to be frowned upon, now it seems to be the norm and even acceptable. Even a fowl mouth or the use of God's name in vain is the norm at times. Pornography used to be a completely forbidden thing. In 2018 it is becoming more and more accepted.

We're in the mindset now that if the government says it's O.K. then it's O.K. Abortion and now the homosexual transgender movement are great examples of this. Regardless of what people say or the government says, we must respond to our conscience and to God's Word to really understand sin or sinfulness and how it effects us.

Sin in the Bible is described as transgression of the law. (1 John 3:4 )  Sin began with Lucifer in the Bible, later named Satan, who brought sin into the world in the Garden of Eden. Adam and Eve's disobedience to God brought sin to mankind and it has been passed down trough the ages ever since. Sin is simply disobeying God and His standards. Since that time in the garden, we humans have been sinners by nature. I mean really think about it, who teaches our kids at a young age to disobey or do sinful things. We are born missing the mark of God's standards.

What we struggle with most, is our personal sins from untruth to murder. God says that the eternal punishment for our sin is spiritual death in a place called Hell. Our sins are what separate us from God. Jesus came into the world for one thing and that was to free us from the penalty of sin. The only just penalty for our sin, is death (Romans 6:23).

We should be concerned when we deny things we do that are knowingly sinful or we speak as if they are not sinful at all. We as God's people should want to be trained in righteousness. When we ignore this, we ignore the core of who we are, sinful people. Sin is at the core of what the Bible is all about. Once we understand our sinfulness before a Holy God, we then understand the power of God's amazing grace. Through God's grace, we have forgiveness of our sins through our faithful belief in the atoning sacrifice of Jesus Christ according to the riches of His grace.

What is happening today is we as people, a churched people, are being told to not speak or confront someone about sin. As moral decay happens before our eyes we begin to wonder why. It's not that we as Christians expect sin to completely disappear, but understanding our sin is what awakens us to a understanding of why we need God and a savior in Jesus Christ. Our sin is what should bring us to our knees in front of a Holy and righteous God. We as a Church have to stop telling a lost people of the cure before they know they are sick. Have you acknowledged your sin before God? Are you waiting on God's blessings without first acknowledging your sinfulness? Do you understand there's a human element to the Christian faith in that we must want to change ourselves even though we don't have the power to do it alone. Once we summit to Christ in repentance, He pours out His grace on us and allows His Holy Spirit to dwell in us to help transform and sanctify us. Although our sin is big, God's grace is bigger! 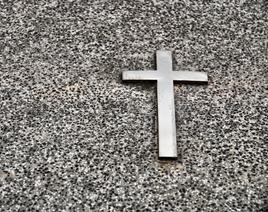