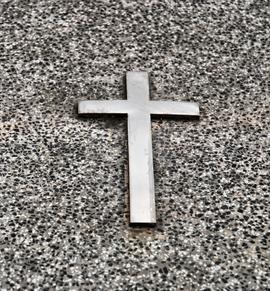 Founded by Abraham and Moses of the Bible about 2000 BC in the Middle East. Popular writings are the Torah, which is the first five books of the Old Testament. Jews believe God is a spirit and that Jesus is a false messiah and a good teacher. Jews believe that the Holy Spirit is God's activity on earth. They believe prayer, repentance, and obeying the Law are necessary for salvation. Some believe salvation is the improvement of society. They believe that, at death, the obedient will live forever with God and the unrighteous will suffer.

Founded by Charles Russell (1852-1916) and began in 1879. Popular readings are the Watchtower and their version of the Bible called the New World Translation. This is a translation that has been altered from the Holy Bible. They believe in God but believe that Jesus was not God. They believe Jesus was an angel before living on earth. Once He died on the cross, Jesus rose as a spirit only and His body was destroyed. He returned to the earth invisibly in 1914. Jesus and angels will destroy all non-Jehovah's Witnesses. To be saved you must be baptized as a JW and be involved in door-to-door work to earn salvation. Only 144,000 make it to heaven; the rest will live on earth and must obey God perfectly for 1000 years or be annihilated. JW's are forbidden from voting and from celebrating birthdays, holidays, saluting the flag, and serving in the military. JW's believe they are the only true Christians. Because of their beliefs, they are believed by the Christian community to be a cult.

Founded by Joseph Smith (1805-1844) in 1830. Popular writings include The Book of Mormon, Pearl of Great Price and they read the King James Bible only. They believe God was once a man, yet He progressed to manhood and has a wife. Jesus is a separate God who was also married. His death does not provide full atonement for man's sin. Mormons believe man is resurrected by grace but saved by works, and that you must be a Mormon to receive eternal life. All go to one of three heavens and apostates and murderers go to outer darkness. Although Mormon's claim to be Christian, they follow what seems to be a un-biblical teaching according to the Christian community.

Founded by Mary Baker Eddy (1821-1910) in 1875 in Massachusetts. Popular writings are Science and Health, the Bible (which they say is not as reliable), Christian Science Journal. They believe God is all that exists, matter is an illusion; Jesus was not the Christ, nor God; Jesus did not die on the cross or suffer for sins. They believe all humanity is already saved. Sin, death, evil and sickness are not real. Death is not real and heaven and Hell are states of mind. Based on the above beliefs there is nothing Christian about Christian Science.

Founded by Ron Hubbard (1911-1986) in 1954 in California. Popular writings are The Modern Science of Mental Health, The Way to Happiness. Scientology does not define God and rejects Biblical teaching of God. Everyone is a "thetan," an immortal spirit with unlimited powers over its own universe. Jesus is not mentioned and did not die for sins. There is no sin nor a need to repent. Hell is a myth.

Why Christianity? Your life after death depends on it. All the other religions speak of something you have to do to receive some type of eternal life. Some speak of no eternal life at all. Christianity promises freedom from God's judgement of sin by His amazing grace poured out on us at the cross of Calvary. The cross means everything to a dying people!

If we Christians do not continue to share the gospel and push the envelope, the envelope will close in on us. If we maintain a "silent witness," there will be no witness, and Christianity will die in America.

You have heard it and I am sure you may have said it yourself: "Why are there so many religions and which one should I believe?" We all look at religions like a man with a bag over his head looking through the eye holes. We only see what is right in front of us. To understand other religions, we must know what they believe and why it really matters in the first place. I am not talking about Church denominations here. Except for the Catholic Church, the religions listed below are not Christian. They do not speak of the truth of the Bible. Roman Catholics do, however, continue to dialogue with Protestants to come to an agreement on doctrinal issues.

Roman Catholics have many of the same beliefs as Christians. They believe in God, Jesus, the cross, that Jesus died for the sins of man. Catholics believe that man is saved by faith and works. They believe these good works come through the Seven Sacraments which are: Baptism (to erase original sin and to impart grace.) This grace is only kept through good works; Confirmation (which is the completion of baptism and the giving of the Holy Spirit); Holy Communion; Penance (which is how a Catholic is forgiven by God for the sins which occur after baptism). This has to happen through a Priest; Anointing of the sick; Holy Orders; and Matrimony. Catholics believe that God's Word (Bible) and Sacred Tradition are equal in authority. Catholics also believe in purgatory, which is a place where unforgiven sins are finally prayed away before heaven. The biggest concern with Catholic beliefs are that they believe that man is saved by faith and works. The Bible is clear in Ephesians 2:8-9 that man is saved by faith alone. Two others areas of concerns are purgatory and penance. 1 Timothy 2:5 says there is only one mediator between man and God, and that is Jesus Christ. There is no record of purgatory in scripture. Catholics also place Mary in a special place of honor which creates a worship of her as a co-mediator.

Islam was founded by Muhammad in 570-632. The key writing is the Koran which was revealed to Muhammad by an angel. Muslims believe that Jews and Christians corrupted the Bible. Muslims believe God is one, Jesus is a respected prophet, but not God. They do not believe Jesus was crucified. They believe that humans are basically good, and the balance between good and bad determines eternal destiny in Heaven or Hell. If one makes it to heaven, he is rewarded in Heaven with maidens designed by Allah to provide sexual pleasure to righteous men. Muslims must follow the five pillars of Islam for good works.

Founded by Gautama Siddhartha (563-483 BC). Popular writings are 550 stories of the former lives of Buddha. Buddhists do not believe in a God and Jesus is not part of their worldview, although they think He was a great teacher. The goal in a Buddhist's life is Nirvana, which is to eliminate all cravings and in this way they escape suffering. They do not have their own soul or spirit, but one's desires and feelings may be reincarnated into another person.

No one founder, yet it began in India around 1800-1000 BC. Believe in many writings and that God is an absolute spirit. People worship many gods and goddesses. Jesus is a good teacher and He is the son of God as are others. He does not take away mans sins and He did not rise from the dead. Man is saved by release of cycles of reincarnation achieved through yoga and meditation. This can take many lifetimes. Man is reincarnated into a better status if he is good and if he has been bad he can be reborn to pay for past sins by suffering. 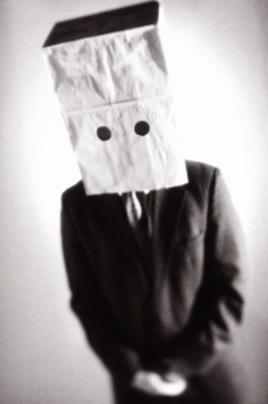 Religion is nothing more than doing the will of God and not your own. Heaven or Hell depends on this alone!

Christianity was founded by Jesus Christ in 30-33 AD. Followers of Jesus are known as Christians. They follow the teachings of the Bible, a book which is inspired by God and tells about the beginning and end of life through the Old and New Testaments. They believe in one God in three persons, Father, Son, and Holy Spirit. Jesus is God in human flesh and dies on a cross as payment for mankind's sin. He rose on the third day and was seen by 500. Jesus will return again to establish God's Kingdom and judge the world. Salvation is by grace and not by mans good works. Salvation is received by faith. Believers go to Heaven and non-believers go to a place of eternal punishment. Jesus said his followers would be known by their love for one another.